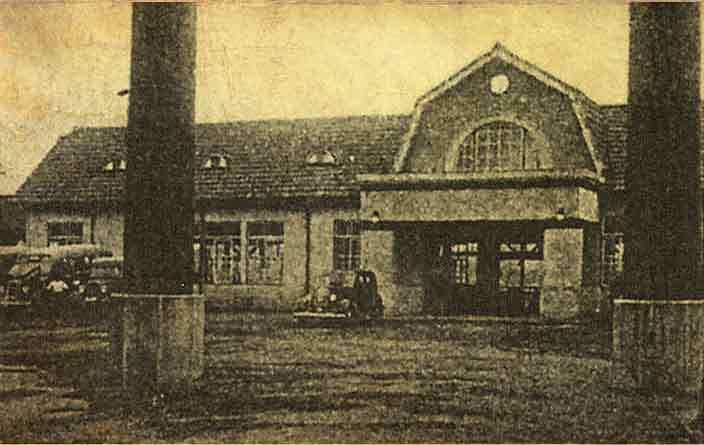 This attempt to bolster the position of high priest to a level of infallibility is simply a ploy to maintain control and superiority over temple laity. The history of the priesthood and high priests however, exposes the falsehood of a pure lineage and their susceptibility to corruption. The following events support this assertion.

The 1920s and the Betrayal of Nissho and Nitchu

In failing health and wishing to pass on the heritage of Nichiren Shoshu to the succeeding high priest, the 57th high priest Nissho found himself isolated and surrounded by devious aides at a beach house in Okitsu, Japan. It was 1923 and cancer was claiming his life. After visiting doctors in Tokyo he was hoping to return to head temple Taiseki-ji but was instead convinced by his aides to recuperate at a rented beach house.

The maneuver to keep Nissho from returning to the head temple was part of a scheme by a faction opposed to his choice for the next high priest. Nitchu was the Study Department Chief and by tradition, the heir apparent to the office of high priest. The head of the faction opposed to Nitchu was Ho’un Abe—father of 67th High Priest Nikken and later the 60th High Priest Nichikai.

Nissho died at the beach house on August 18, 1923, but not before devising a way to indirectly pass the heritage of the Law on to his chosen successor, Nitchu, without interference. Unbeknownst to his unreliable priest aides, Nissho had invited two lay believers — Kotatsu Naka and Umetaro Makino — to his quarters and passed the heritage on to them with instructions that the transference ceremony be completed to Nitchu at Renge-ji Temple in Osaka at a later date. 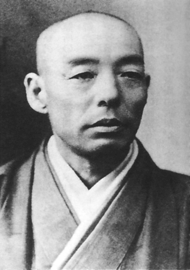 Sixty-sixth High Priest Nittatsu refers to this extraordinary transaction in his 1956 work Refuting Evil: The Theory of Wooden Gohonzon Being Counterfeit (published by Nichiren Shoshu Fukyo Kai). His comments are contained in his rebuttal against the contentions of Nichiren scholar Bentetsu Yasunaga of Nichiren Shu:

High Priest Nissho seems to have already made a profound resolution. Inviting Messrs. Kotatsu Naka and Umetaro Makino, lay believers from Osaka, he transferred future matters to them while prohibiting all others from attending this transference. Very soon after, these two men welcomed Nitchu Shonin at Renge-ji. (This was done out of Nissho Shonin’s profound consideration for Nitchu Shonin, to avoid a situation where the latter might be swayed by a third party’s interference. Thus, the whole transference matter was carried out among Nissho Shonin, Nitchu Shonin, Mr. Naka, and Mr. Makino without intervention from other individuals.)

Current view of the heritage received by a single person: Nichiren Shoshu teaches a concept called “the lifeblood received by only a single person.” It refers to the allegedly unbroken transmission of the Law from the founder Nichiren to each high priest in succession. This concept is then used to create distance and inequality between believers and the Gohonzon, the teachings and the founder: “The master gives his sanction to a disciple’s enlightenment…. The sanctioning of the object of worship by the High Priest, who is the only person to be bequeathed the Daishonin’s Buddhism, is what makes the attainment of Buddhahood possible…”(Refuting the Soka Gakkai’s “Counterfeit Object of Worship”: 100 Questions and Answers [West Hollywood: Nichiren Shoshu Temple, 1996], p. 8).

The reason Nissho was convinced to rent a home near the coast is clear and why, despite the fact that he only “went to Okitsu for a few days to recuperate,” it is where he actually would end up dying. It was part of Ho’un Abe’s—Nichikai’s— ambitious designs on the office of high priest. After entrusting the heritage to lay believers and not priests, much less the next high priest, Nissho at some point realized his life was coming to an end.

Nittatsu describes Nissho’s final words on the matter of transmission of the heritage:

In the evening of August 17, Nissho Shonin told us to gather all those key people the next morning, since he would then share his will. Those close to Nissho Shonin busily sent telegrams or made phone calls to follow his instructions. At midnight, he shared his will with his disciples. As dawn approached, key people gathered from all over. Around 5:00 a.m., Nissho Shonin called all those present to come to his bedside. After all of them were seated surrounding him, the high priest looked around and ordered his assistant priest to bring a brush pen and a piece of paper. The assistant quietly stood up to get these things. At that time, the high priest expressed that he would transfer the position of high priest to Study Chief Nitchu. After looking at what his assistant had transcribed on the sheet of paper, the high priest ordered his assistant to affix his signature and seal. Holding out his hand, he ordered his assistant to help him affix his signature. With this done, he once again looked around and closed his eyes. (Refuting Evil: The Theory of Wooden Gohonzon Being Counterfeit)

This passage describes how, just before his death, Nissho designated Nitchu as his successor. It is clear from Nittatsu’s passage why, to avoid confusion within the school, Nissho had to clearly announce that Nitchu would be the next high priest, since no one, not even his attendants, had known that he had already transferred the heritage to two lay believers who transferred it to Nitchu.

As soon as the passing of High Priest Nissho was widely conveyed, Nichiren Shoshu fell into sorrow. Some, however, were busy guessing who would be the next high priest. They even tried to find out by asking those close to Nissho Shonin whether Nitchu Shonin or Nichikai Shonin would succeed him. One assistant priest, who was in the next room while Nissho Shonin was speaking, said that he could hardly hear what was said. This was mistakenly conveyed to certain individuals, inspiring rumors at one of the two camps. At the time of the high priest’s funeral, some said it was not clear whether Nissho Shonin had chosen Nitchu Shonin or Nichikai Shonin. When someone said that Nichikai Shonin had never assumed the role of study chief [the traditional stepping stone to position of high priest], the people of his camp became quiet.

What is clear is that when Nissho was seriously ill, Ho’un Abe invoked Nissho’s name to advance his own ambition, attempting to exclude Nitchu, while his faction used every possible underhanded means to steal the office of high priest. When this failed, he proceeded to implement another scheme—a coup that would eventually prove successful (as explained in Part 2 of this series).

As to Abe’s plot to isolate Nissho at the house in Okitsu, a lay believer, Esokichi Nishiwaki, later directly questioned him about it, through a writing titled “A Document of Opinion,” dated April 3, 1930. By then, Nitchu had been ousted in the coup orchestrated by Nichikai (Abe), but this lay believer’s document supported Nitchu:

The Rev. Abe was jealous and disrespectful because of the Rev. Nitchu’s great character. A group of people wanted to have the Rev. Abe succeed Nissho Shonin. Seeing that High Priest Nissho’s illness was worsening, this group schemed and campaigned to promote the Rev. Abe as the next high priest. As High Priest Nissho’s health declined, he relocated to Okitsu to recuperate. There, the Rev. Nitchu was not allowed near the high priest’s bedside. The anti-Nitchu group’s activities became ever more rampant; at times, they fabricated documents, and at other times they even resorted to violence. They forcefully demanded that the Rev. Nitchu resign from the position of study chief.

Once Nitchu did become the 58th high priest, the Abe faction initiated their plan to remove him one way or another. How this resulted in violence, the involvement of the nation’s Ministry of Education in charge of religious affairs and the local police will be explored in part two of this sordid tale.